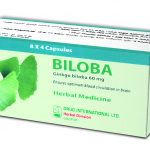 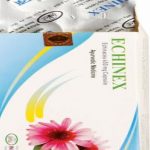 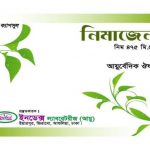 Description :
Cap. In Biloba-60® (Ginkgo Biloba) is one of the oldest trees on the earth and having lived for over 150 million years. Ginkgo is used as herbal medicine for centuries. Ginkgo biloba extract (GBE), which is made from the leaves of the tree, has beneficial effects on the circulatory system and as an antioxidant, especially in geriatric patients. It is used to improve memory & concentration and relief ringing in the ears, vertigo, headache & anxiety.

Composition:
Each capsule In Biloba-60® contains standardized dry extract of Ginkgo Biloba 60mg and other ingredients as needed.

Dosage and Administration:
1 capsule 1-2 times daily after meal or as prescribed by the Reg.Physician.

Side effect:
No significant side effect has been reported in therapeutic dosage.

Caution:
Keep out of reach of the children.

Storage :
Store in a cool & dry place, protected from light.

You've just added this product to the cart:
WhatsApp